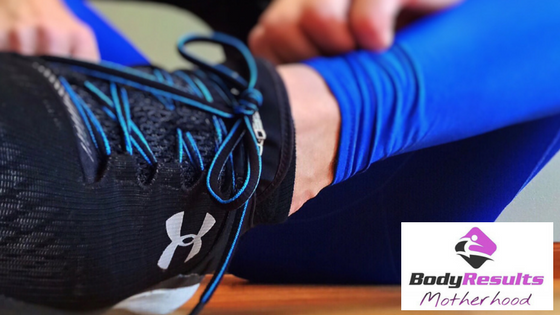 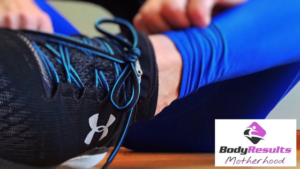 I’ve been a bit quiet the last few weeks. Lots going on. We’re planning our annual MamaRun with TeamMama, which is always a great event, but lots to sort. Of course all the Christmas shenanigans. And I’ve had a tough few weeks as a mum.

Mattie has decided to go from a perfect sleeper (for a baby!); put him down awake and he put himself to sleep, wake 3 times in the night, same time pretty much each night for a feed, and straight back to sleep…all from week 3 of his life. But about 3 weeks ago it all went to pot. The infamous 4 month sleep regression started a month early and has hit me HARD! We had it with Lauren at about 5 months. She went from being a 12 hour sleeper, to waking in the night a few times, and being fed back to sleep. Manageable. With Mattie, he struggles to sleep more than 30-40 mins day and night, even when he needs it. We get through to about 1 or 2am most nights in his own cot after a number of wakenings…then he just won’t sleep anywhere but on me. So that’s where he stays the rest of the night. Consequentially, I get a very poor night’s sleep. I’ve been dealing with it OK…tired…but coping.

But today I’ve been struggling. Yesterday we went Christmas shopping…which was a disaster. Lauren played up big time. She was the worst behaved we’ve experienced with her. ALL day. We even had people commenting as they past us “oh my God” as they heard ear splitting screams emerge from her, and all the looks in shops as she kicked off. I don’t know what was up. But we should have aborted mission Christmas Shopping before leaving home, which is where it all started!

While we were out having breakfast, it hit home how I was feeling. Perfectly described by a member of a professional group I’m a member of: “Touched out”!

That’s exactly how I’ve started to feel. When I don’t have a baby attached to me, which is rare, I have a 4 year old climbing over me, hands in face. Often it’s the two of them together. Don’t get me wrong, I love the feeling of my kids in my arms. But it’s just got to me the intensity of it. I feel like that scene from Dirty Dancing when Johnny says to Baby: 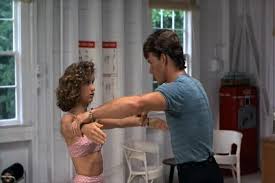 To add to this, our house looks like a car boot sale. We’ve a small house bursting at the seams. FULL of Lauren’s baby stuff we’re getting rid of, Mattie’s stuff he keeps outgrowing, toys and clothes for both kids. We don’t have space for all of our stuff, let alone the extras. I feel like the walls are caving in on me. And we’ve sensory overload with all the toys, xmas stuff, Mattie is teething and has not stopped making noises all day. Lauren is flipping between over excited and having a strop, Michael and myself reacting to her…

Today I’ve been struggling…and I couldn’t place my finger on it until just now. I need to get out.

But of course I can’t. Not with my pelvic floor problems and diastasis. And while I may feel like I need it mentally today, tomorrow is a new day, and it's not worth, in my opinion, risking my recovery for a quick burst. And you know what…I feel a lot better for just realising that’s what I’m feeling. What I’m missing. Now I need to figure something I can do that won’t hinder my recovery that will give me that space and release one would usually get from going out for a run. For now it’s immersing myself in my blog…but I’m sure I can find something else that will serve a purpose. I’ll share when I do!

Anna Curtis is a fully qualified and insured Sports and Clinical Massage Therapist, and Personal Trainer, specialising in Pregnancy and Postnatal. She is owner of BodyResults and co-owner of TeamMama

What people have said about BodyResults

Anna has made a huge difference to my life as I have chronic back pain and thanks to her treatments...

Anna has made a huge difference to my life as I have chronic back pain and thanks to her treatments my back is significantly more mobile allowing me to do a lot more. The service is good value for money because of the home visits, great and friendly approach and most of all Anna definitely knows what she is doing. Anna is a true professional and has been able to relieve a lot of my symptoms. This service for me has been excellent, incredibly helpful and life changing.
https://bodyresults.co.uk/testimonials/incredibly-helpful-and-life-changing/

Anna/BodyResults has treated me for over 18 months for a range of sport related injuries including rotator cuff, foot tendonitis,...

Anna/BodyResults has treated me for over 18 months for a range of sport related injuries including rotator cuff, foot tendonitis, complex hamstring/hip flexor injury. Also general sport wellbeing treatments to keep healthy and well in preparing for a marathon. Anna has resolved every issue I have experienced. I am an ex-international athlete in both netball and basketball and so am used to excellent sports massueses who treat the cause of the problem and improve physical wellbeing/ability to compete. Anna is one of the best and I have total confidence in her physiological knowledge, her ability to understand and treat sports issues/concerns and get me back on my feet very quickly. I have not yet found something Anna does not have knowledge and experience of in terms of sport issues. I can converse with her about goals and objectives,s he understands that getting back training is very important to me, even though I am not competing internationally any more! This service is excellent value for money as the treatments are not expensive and more importantly, they work. Good diagnostics, punctual, flexible to meet my needs as a client. I highly rate the service because Anna goes away between treatments and seeks further information about injuries on top of what she already knows to make sure she is current, up to date and can offer rehab exercise suggestions too.
https://bodyresults.co.uk/testimonials/anna-is-one-of-the-best-and-i-have-total-confidence-in-her/

Anna has extensive knowledge and experience

BodyResults has met my requirements with great results and honest advice. Anna has extensive knowledge and experience and comes to...

BodyResults has met my requirements with great results and honest advice. Anna has extensive knowledge and experience and comes to my house and fits around my work. Anna thinks about your case and returns having researched new approaches, she’s very thorough. Anna is reliable, discreet and regularly attends courses to extend her already very impressive knowledge. I would not hesitate to recommend her.
https://bodyresults.co.uk/testimonials/anna-has-extensive-knowledge-and-experience/

I'm delighted to tell you that I am currently open for bookings! Strict hygiene protocols are being followed and government guidelines are being adhered to. For more information or to book your appointment, please contact me now info@bodyresults.co.uk

Thanks for the update!